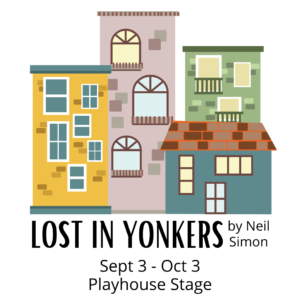 By America’s great comic playwright, this memory play is set in Yonkers in 1942. Bella is thirty-five years old, mentally challenged, and living at home with her mother, stern Grandma Kurnitz. As the play opens, ne’er-do-well son Eddie deposits his two young sons on the old lady’s doorstep. He is financially strapped and taking to the road as a salesman. The boys are left to contend with Grandma, with Bella and her secret romance, and with Louie, her brother, a small-time hoodlum in a strange new world called Yonkers.

This show will be in the Playhouse, which is our intimate, black box theatre, off 8th Street and Tin Barn Alley. 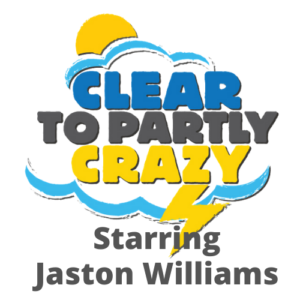 In regards to cheerleading, I believe it is time to bemoan its demise as a substitute for a stand in for royalty in the Lone Star State and it’s digression into something passing for a sport. Cheerleading in the past was much like politics in the present. No real qualifications for the job meant anything. With the right timing even a bona-fide harlot could make the grade and that spoke for everything that was right with America. Also the chance to play a couple of hard-bitten, bitter mean as a Chow-Chow pep squad girls was more than I could pass up.

Having grown up in tornado country I have probably suffered permanent damage because my mother was so picky about which underground shelter she would deign to hide in. The only way to get her attention was to scream, “We’re all going to die!!!!!!” Yes, there is humor in a life or death experience. Join me underground for what wasn’t funny at the time.

Mental illness is treated more honestly in the south and southwest. We don’t hide our deranged relatives. We put them right out on the front porch or display them in church every Sunday morning, but when I took my mother to visit a relative in a mental hospital, mama created so much havoc that by the end of the day I was ready to book a room. The place was never the same. I am this way for a reason. Come see why.

This production on the Springer Stage. Since this is an event with special pricing, passes cannot be used.

Musical by Jim Jacobs and Warren Casey
Greaser Danny and good-girl Sandy fall for each other during a carefree summer fling. But when the school year begins, Danny is torn between his feelings for Sandy and his image with the T-Birds and the Pink Ladies. Follow the story of 10 teenagers as they traverse through love, peer pressure, and high school. 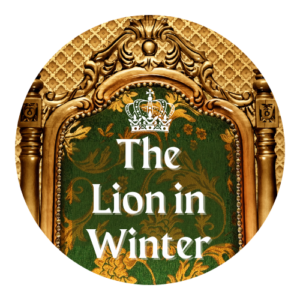 The Lion in Winter

Sibling rivalry, adultery, and dungeons – The Lion in Winter, by James Goldman, is a modern-day classic. Comedic in tone, dramatic in action – the play tells the story of the Plantagenet family, who are locked in a free-for-all of competing ambitions to inherit a kingdom. The queen, and wealthiest woman in the world, Eleanor of Aquitaine, has been kept in prison since raising an army against her husband, King Henry II. Let out only for holidays, the play centers around the inner conflicts of the royal family as they fight over both a kingdom and King Henry’s paramour during the Christmas of 1183. As Eleanor says, “Every family has its ups and downs,” and this royal family is no exception.