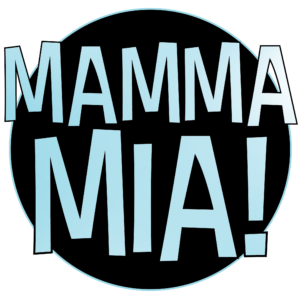 The Georgetown Palace will hold auditions for our production of Mamma Mia! Friday April 23rd through Tuesday the 27th.

ABBA’s hits tell the hilarious story of a young woman’s search for her birth father. This sunny and funny tale unfolds on a Greek island paradise. On the eve of her wedding, a daughter’s quest to discover the identity of her father brings three men from her mother’s past back to the island they last visited 20 years ago.  The story-telling magic of ABBA’s timeless songs propels this enchanting tale of love, laughter, and friendship, creating an unforgettable show. A large cast non-stop laughs, and explosive dance numbers combine to make Mamma Mia! a guaranteed smash hit .
The production team is looking to fill the role of Rosie, Eddie, Pepper, Ali, and several ensemble members. There are no children’s roles in this show and we ask that auditioners be 16 years old and up.

Initial auditions will be via video submissions with in person socially distant callbacks.  Video submissions are due by Friday April 23rd 7:00 pm.  Auditioners are expected to submit separate singing and dance videos.

Recording suggestions:
– play backing track on a source different from the device you are using to record with
– have backing track device near you and away from the recording device
– include body from mid-thigh up in the frame-full body for dance video
-please no mixing/editing prior to sending in audition
-please slate at the top of your video
Please submit a headshot and your video’s to productions@georgetownpalace.com

Callbacks are located in the Palace Theatre, on the Springer Stage 810 S. Austin Ave Georgetown TX 78626.
Callbacks will be by invitation only  Callbacks are posted on the palace website, not via email.
As initial auditions are digital, we ask that you fill out an audition form, and conflict calendar; link here.

Rehearsals will begin around May 3rd. We will distribute scripts and music the week after auditions.
Rehearsals are typically held Monday through Thursday from 7:00-10:00 pm and Saturday 1:00-5:00 pm.
Performances are Friday and Saturdays at 7:30 pm, and Sundays at 2 pm. Sometimes ticket demand causes us to add Saturday Matinee performances at 2 pm.
Masks will be worn at rehearsals, and callbacks, possibly performances.

The Georgetown Palace Theatre is 501c3 Non-profit organization. There is no compensation for any of the actors.

The Georgetown Palace is committed to diversity and inclusiveness on our stage and in the stories we tell. We strongly encourage candidates of all ages, abilities, gender, and ethnicities to audition.

This show was originally cast in 2020, and many of those cast members are returning to play those roles. The roles listed below are the only open roles that we have. We hope you’ll join us for the fun ride!

Rosie Mulligan
Donna’s friend (around 40, American) a former member of the Dynamos; unmarried, free-spirited and a renowned author of cookbooks.  A character who has developed a confident, funny and self-deprecating exterior which masks her inner vulnerability. Mostly comic, yet one of the most poignant moments in the show in the heart of Act 2. Dances like nobody’s watching.  (Chiquitita, Dancing Queen, Super Trooper, Take a Chance on Me, among others)

Ali
Sophie’s friends who have traveled to the island for the wedding. (early 20s, American)  A supporting double-act of bubbly, bridesmaidy excitement, not necessarily gender-defined. (Honey Honey, among others)

Pepper
A flirty waiter at the Taverna featured through his brief relationship with Tanya. (20-25, could be from anywhere). Hot, energetic and fun-loving, makes a great double-act with Eddie. Opportunity for a good mover. (Take a Chance on Me, among others)

Eddie
A waiter, boatman and handyman at the Taverna. Other half of double-act with Pepper. (20-30, American). Fairly non- specific.  Opportunity for a good young character actor to create something interesting.  (Full Company numbers)

Dance and Vocal ensemble
Several dance and vocal ensemble actors are needed.  One of the great things about this show is the large amount of stage time offered to the ensemble.  Every cast member will experience growth and stage enjoyment as they bring the show to an appreciative audience.