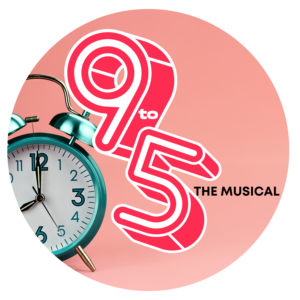 The company’s Head Secretary and Mr. Hart’s Administrative Assistant, she is a single mother and typically stands up for what she believes in. Attractive, strong, ambitious.

A young, sexy spitfire who works at Mr. Hart’s office. She is proof that there is more to a woman than just her looks.

The “new” girl at the firm, she has been burned by her husband’s affair and is searching for personal empowerment. Insecure, determined, and hopeful.

One of the firm’s executives and a notorious chauvinist. He is capable of faking charm but usually shows his true colors as an arrogant, self-absorbed boss.  * The actor playing Mr. Hart will need to be comfortable being in a harness and flown in the show. *

The attentive office gossip queen and snitch. She has an unrequited love for Mr. Hart and will do anything she can to win his approval.

A handsome, young office accountant. Genuine and nice, and smitten with Violet.

Doralee’s attractive husband. He is very supportive of her professional pursuits.

A young and vibrant secretary in Hart’s office.

Judy’s soon-to-be ex-husband. An average guy, he is sporting a little less hair and a little more paunch than he did ten years ago.

A secretary in Hart’s office with a tendency to gossip.

A secretary in Hart’s office with a tendency to drink.

Franklin Hart’s boss and Chairman of the Board. A good man, who may be wiser to Hart’s ways than he lets on.