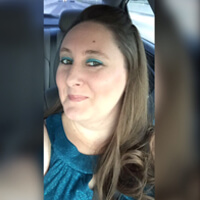 Faith Castaneda is a graduate of Tarleton State University with a BFA in Theatre. She started contracting with the Georgetown Palace Theatre as a Stage Manager in 2007 and it has been her home ever since. In 2016, she was offered the position of the Costume and Prop Shop Supervisor and has loved being on staff with this fabulous gem of a theatre. In addition to the full-time position, Faith also serves as the Resident Lighting Designer which went into effect in 2017; winning Broadway World awards for the Palace in 2016 and 2017. She is also still an active Stage Manager, managing at least 1 musical a season. She has a husband who frequently works behind the scenes as a batten operator or flight captain. She also has 2 little rambunctious boys! The Palace is her second home.