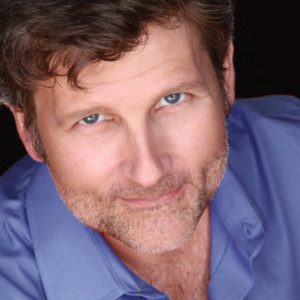 Damon Brown has been working in the field of entertainment for young audiences for decades. He’s a co-creator, writer, producer, director, and performer on the multiple Emmy award-winning PBS musical television series “The Biscuit Brothers.” He’s also a member of TYA/USA and has co-written a number of award-winning musicals for family audiences. “Haunted: A Ghost Story,” “ROB1N,” and “Shoe Story,” among many others written with composer Allen Robertson, were produced at the Long Center in association with their Summer Stock program for young, pre-professional performers. “Tortoise & Hare” enjoyed an extended run at Zach. At the Palace, Damon directed another of his musicals for young audiences, “Wish,” as part of the professional TYA season.

Damon has also acted onstage at the Palace in productions of “Man of La Mancha,” My Fair Lady,” The Addams Family,” and appeared with his son in “A Christmas Story.” Damon’s entire family is involved in volunteer work at the Palace; his parents live less than 10 minutes from the Springer stage!

In addition to his TV and stage career, he has premiered documentary films at the American Film Institute Festival to hold-over audiences and produced documentaries and artist profiles including features on poet Robert Creeley, the launch of musical group The Polyphonic Spree, and author Daniel Quinn. Damon’s career in theatre, film, and television also includes work with regional non-profits and national organizations like the MDA, JDRF, and the Children’s Miracle Network. Damon and his wife Jill are also co-founders of “The Daydream Initiative” which is a project dedicated to exploring the human condition through the stories we tell each other and ourselves.